Chat & Discussion about the general, everyday stuff
Post a reply
13 posts • Page 1 of 1

its a idea but it would really fun and good if its possible to do that.
but maybe hard for the server the payment.


give some advice or if its something wrong comment below and i will edit it so soon as possible.

I played minecraft for few weeks... like 4 years ago. Was quite fun. But mind that minecraft is not free...
Top

DMG_Kowi wrote:I played minecraft for few weeks... like 4 years ago. Was quite fun. But mind that minecraft is not free...

if u have good websites u can download it for free if u know what good websites are and as worked person 20 euros for 1 game is nothing i think.
nothing is impossible.
it can be good think to work on it

i got the game, enjoyed it for a while but it gets boring after some time, but i like the idea, many fps shooter guys wont find minecraft much of a challenge tho imo

chicken wrote:i got the game, enjoyed it for a while but it gets boring after some time, but i like the idea, many fps shooter guys wont find minecraft much of a challenge tho imo

I don't see the cost being the problem. Sure some of us might not have it, but it's still like one of the most played games at the moment.

The vanilla minecraft isn't that interesting to play if you are in it only for the gameplay. The building part is quite entertaining if you have the right project for it, but after building a castle it's nothing interesting without gazillion mods. Aside from mods an active server NEEDS constant attention without good block-protection mods against griefers.

And while I might sound a bit like a hypocrite (having joined the community at 14-or-something old), minecraft players tend to be a little younger/immature than us ETplayers, and I'd like to keep the age-structure closer to 20 than 10.
I mean we already have Spycow.

So what I'm trying to say:
- Vanilla minecraft is boring (and there's more than enough servers of them)
- Choosing the right (amount of) mods can be difficult. Sure there are modpacks but those that use the spesific pack can be hard to come by.
- Minecraft players are usually more immature than ET players.
- We would need some active admins to play on the server in case of griefers.

You make me cry sometimes.

and i stared ET at my 6 so yea oke i know what u expect about it but its only a idea.

TBH last 8 years I played only ET. SO honestly I really don't know wth is MINECRAFT

I heard about Minecraft, but dunno is it tasty? Is there posibility to pick up some thirsty chick ?

Or again we will meet with omnipresent Icy XD
Top 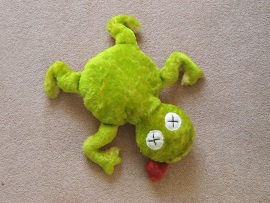